Posted by Inflow Tech Team on January 24, 2020 in Uncategorized ∞ 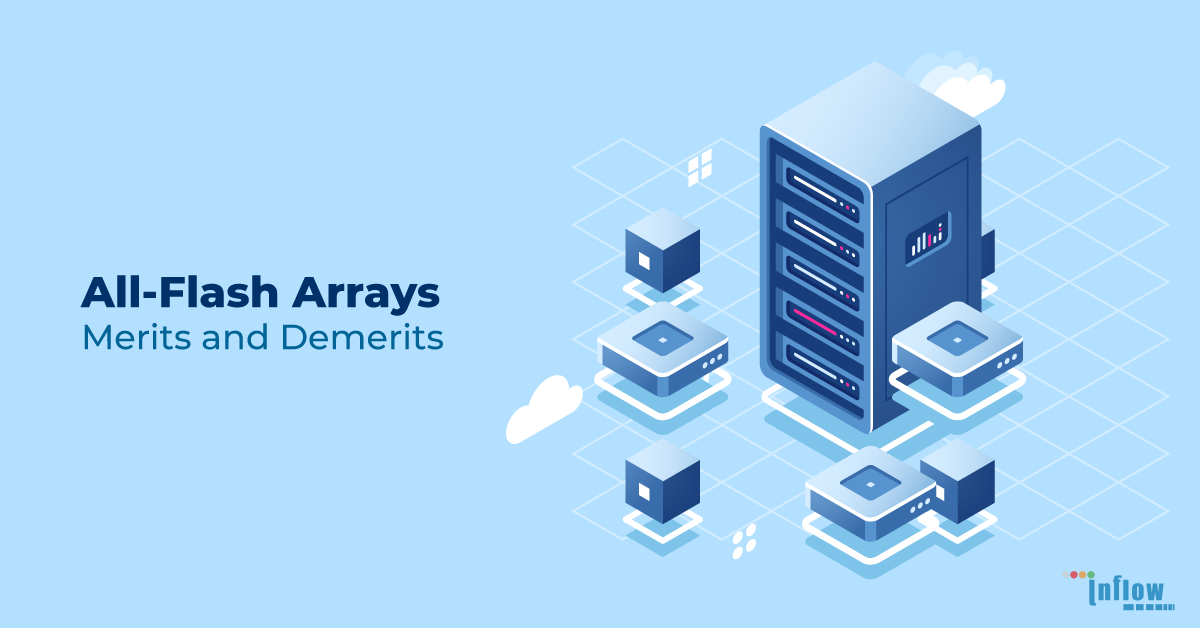 Merits of AFAs – What makes the difference?

Speed isn’t the only advantage of AFAs. AFA-based SAN/NAS systems have multiple other benefits compared to their spinning-disk counterparts.

AFAs use less power as they don’t contain any motors to spin or heads to move. It implies that less heat is produced, which needs less colling and little electricity, which means more savings after recovering the initial purchasing costs.

AFA, with no moving parts, is a kind of non-volatile memory which can be erased and reprogrammed numerous times, in units of memory referred to as ‘blocks’.

It is a variant of EEPROM (Erasable Programmable Read-Only Memory). Moreover, AFA’s get their name as the memory blocks can be erased with a single action or a ‘flash’.

The flash memory in AFAs typically comes in the form of SSDs, which are similar in design to an integrated circuit. Hence, it can transfer data to and from SSDs(solid-state drives) much faster than electromechanical HDDs.

In the event of data loss in AFAs, a data recovery service provider will still be able to recover files. Mostly, the data structure is the same as with a regular low-end RAID system and can be reconstructed. Also, the experts possess special software to rebuild a RAID-based or high-end data structures and hence, the data can be reaccessed.

Thus, in case of a data loss with an AFA, users should immediately stop running the system, shut down normally and then contact the specialists as fast as they can.

Every technology has its benefits as well as drawbacks.

One major downside of AFAs is its price. Even though they have become a lot cheaper than before, they are still much expensive compared to HDDs.

Hence buying a new all-flash array can pay off only when used for quite a long time.

Another disadvantage of SSD based systems such as AFAs is their technology. For the most favourable performance of flash chips like AFAs, it is ideal if data is written once and read numerous times. The only method to extend their life span is by making as few writing processes as possible.

Their other technology drawback is the SSD trim command. It is a technique to avoid writing I/O cycles(which shortens the life span of a flash chip). This feature starts the process of erasing automatically, way before the new data is written on the ‘empty’ storage space.

All in all, With more storage and speed needed in this age of big data, All-Flash Arrays are the ideal solution to handle vast amounts of data flawlessly.

Let us know your thoughts on this !